Rex came into the care of Kingston Animal Rescue in June 2020 after we saved him from euthanasia at a non-local shelter. At the shelter, Rex suffered seizures, which are now well controlled with medication. Rex also suffers from Irritable Bowel Syndrome, which requires prescription food and medication.

Over the last few months Rex began to face a much more serious challenge as he began to struggle with his hind legs. At times, he could not move them properly, they would seize up, and he would drag his back feet until they were bloody. A disc compression (“slipped disc”) was suspected but can only be diagnosed by MRI, a specialized and expensive procedure.

Rex underwent an MRI on Monday March 1 – at a cost of $3,480.57 – which revealed a “markedly compressive right-sided L1-L2 intervertebral disc herniation.” On Thursday March 4, Rex had surgery to correct the compression. He is currently hospitalized at a specialized veterinary clinic recovering from the intensive procedure. 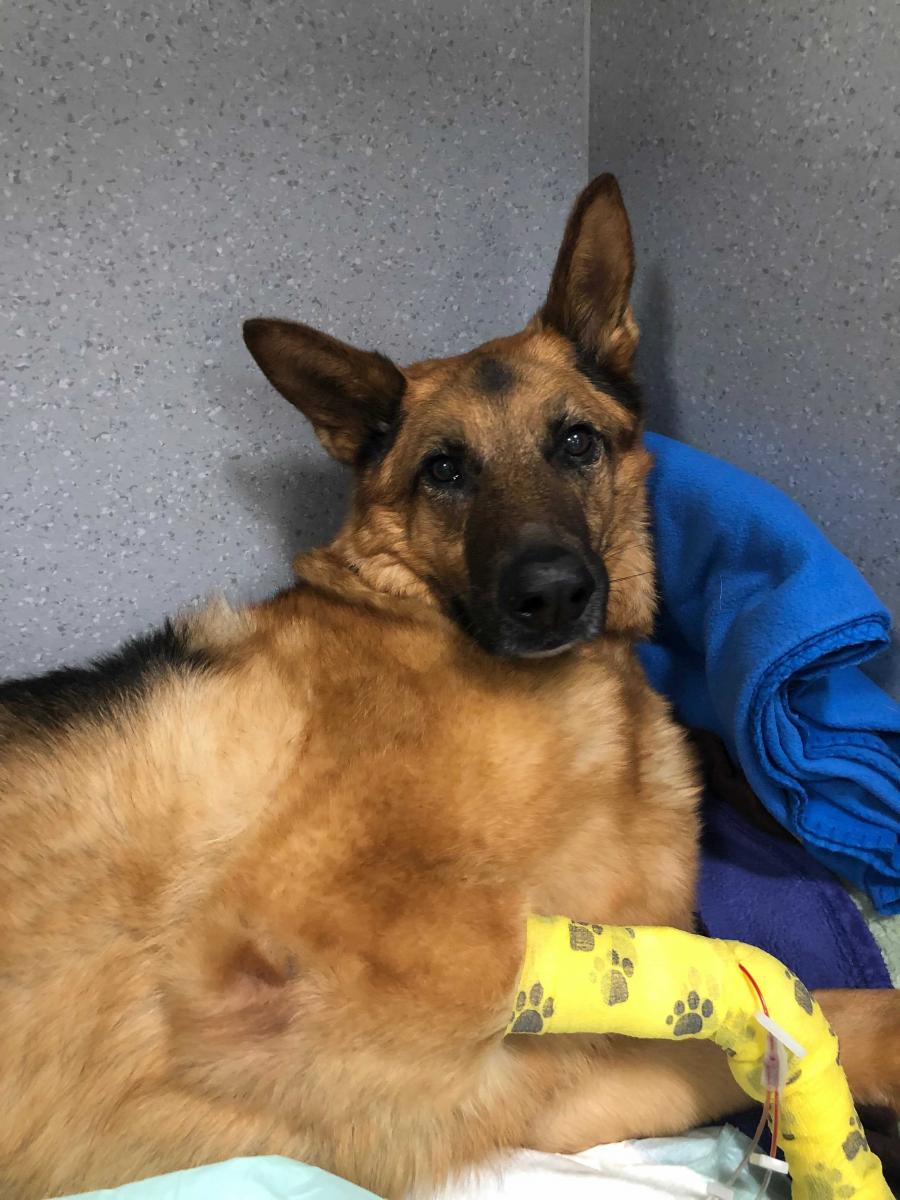 The surgery and associated costs are estimated to be $6,500, bringing the total of Rex’s medical care to nearly $10,000. We are fundraising to cover the cost of the procedures.

Rex is home! Following his spinal surgery on Thursday to fix compressed discs in his back, Rex stayed overnight in hospital and was well enough to be released early Friday afternoon. We’re sure that Rex is happy to be back with his foster family and they are definitely happy to have him home. 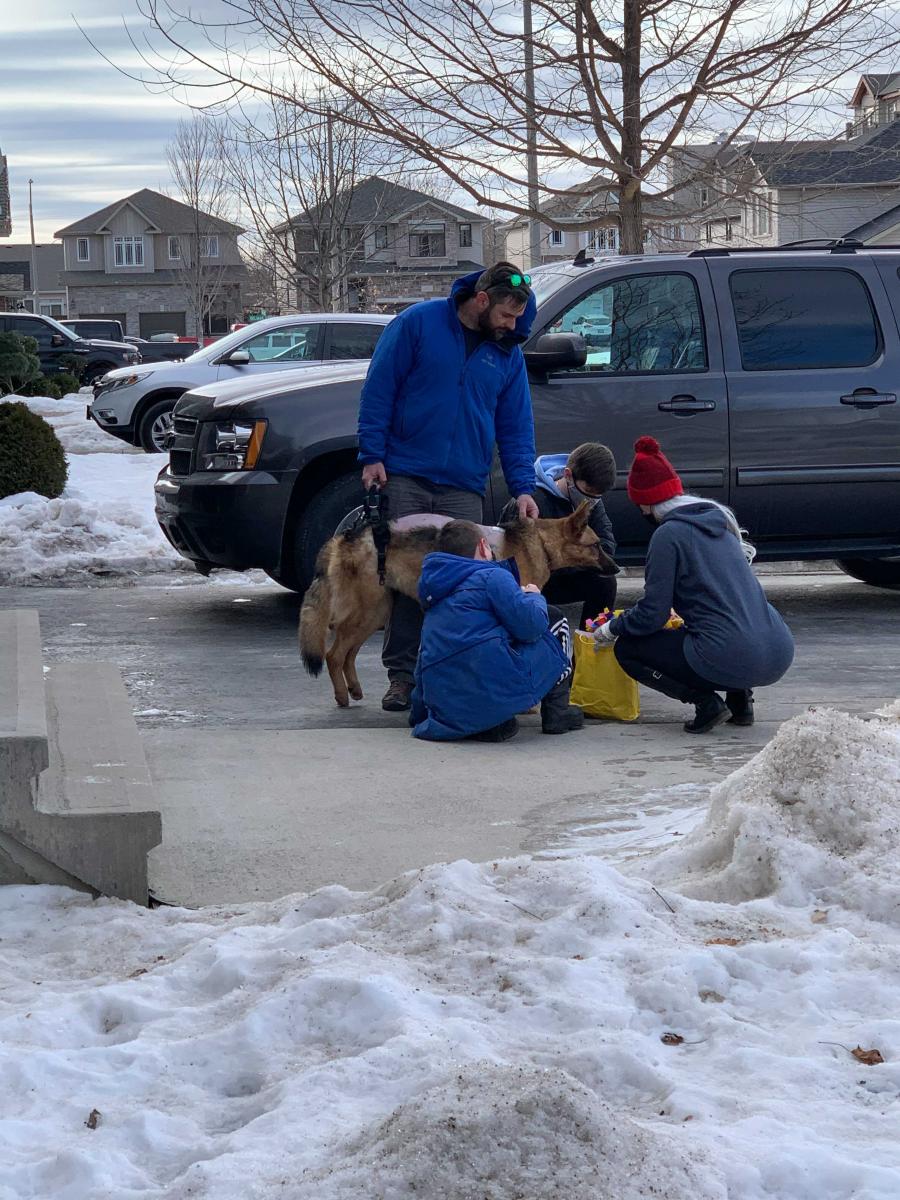 For the next couple of months Rex’s movement will be limited to going outside for bathroom breaks. His foster family will help him get in and out using a special harness and he will otherwise be set up in a roomy pen with anti-slip flooring and a nice comfy bed. He will also begin physiotherapy several times a day at home as he slowly starts the recovery process.

Because Rex did so well and was released earlier than expected, the costs associated with his surgery were about $600 less than expected. In total, the MRI and spinal surgery cost $9,375.52.

We’re blown away by the generosity of our community. To date, $7,110 has been donated towards these expenses! If you’d like to contribute, donations can be made on our website: https://www.kingstonanimalrescue.com/givenow